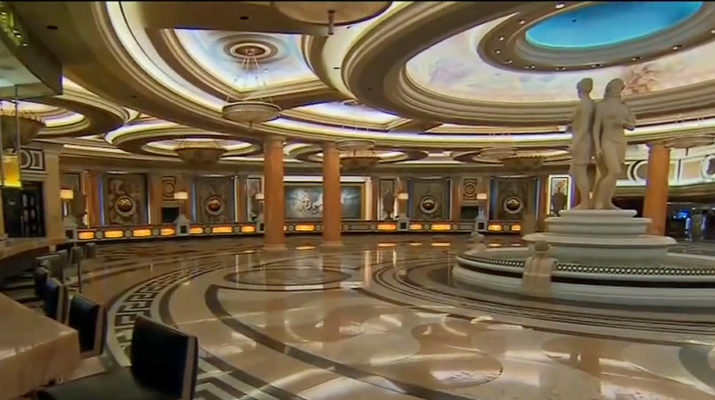 Thousands of furloughed or laid off Caesars workers are worrying about making ends meet, and five Caesars company executives are set to receive windfall pay raises.
Members of Caesars board of directors approved raises, according to documents filed with the Securities and Exchange Commission.
CEO Tom Reeg’s approved base salary jumped to $2 million His base salary as the CEO of the now-defunct Eldorado Resorts Inc. in 2019 was 25 percent lower at $1.6 million, according to SEC filings. Chairman Gary Carano’s base salary went from $1.1 million in 2019 to $1.4 million. President and COO Anthony Carano’s base salary went from $1 million to $1.3 million; CFO Bret Yunker’s went from $750,000 to $1 million; and chief legal officer Ed Quatmann’s went from $600,000 to $750,000.
Justification of these raises were made by a UNLV professor that made no sense, using the merger excuse stating “The raises might have been an incentive to keep executives on board as the acquisition was pending,” or “To make sure they stay with the company once the deal closes.”  I'm sure several casinos were standing in line with millions of dollars.
Other casino resort executives have taken salary cuts in recent months, including MGM CEO and president Bill Hornbuckle; top executives at Wynn Resorts; Station Casinos Chairman and CEO Frank Fertitta III and Vice Chairman Lorenzo Fertitta; and company executives at Boyd Gaming Corp.
Let’s just pour a little more gasoline on the fire. In addition to base salary, Caesars adjusted other compensations for a handful of its leadership team with bonus opportunity increases to as much as200 percent of base salary.