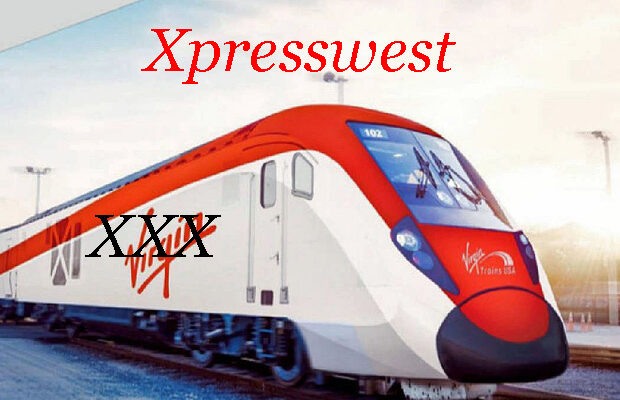 The planned high-speed train system set to run between Las Vegas and Southern California will no longer bear the Virgin Trains USA name.   Instead, the Las Vegas to Victorville rail line will continue forward under the Xpresswest name.
Shortly after acquiring the Xpresswest project in late 2018, Brightline entered into a partnership with Virgin Trains to run the passenger rail line under the Virgin name.  However, Brightline announced in a report filed with the Florida Department of Finance that the deal was terminated.
“We will no longer use the Virgin brand following our parent’s (company ) termination of its licensing agreement with Virgin Enterprises Limited,” the filing read. “We will change our name to Brightline Trains LLC following the expiration of the applicable notice period for name changes under the loan agreement.”
The filing says Virgin disputed the validity of the contract termination, which was delivered to Virgin July 29.
Representatives from Brightline confirmed the contract termination, but declined to comment further.
Meanwhile, the high-speed rail project continues to progress.
Nevada approved $200 million in private activity bonds to go toward construction of the $4.8 billion project.
California approved the allocation of $600 million in tax-exempt bonds for the project, which can be marketed for a total of $2.4 billion in tax-free, private equity bonds, per IRS regulations.