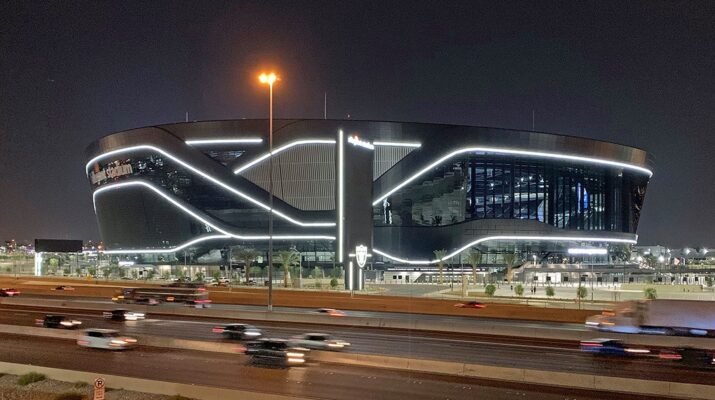 The Las Vegas Raiders are having a disappointing season on the football field, but they’re not complaining about another shortfall.
Already the biggest financial benefactor of the move to Las Vegas.  Having watched the Franchise worth increase by almost $1.5 billion another windfall has come to the Raiders.
According to the Stadium Authority, Allegiant Stadium came in $25 million under budget.

According to Steve Hill, chairman of the Stadium Authority Board, “that is certainly to the credit of the entire organization and the whole workforce, but it’s a little over 1% of the total, so it’s a great job on their part,” Hill said. “But when you’re spending $2 billion, "$25 million matters, but it’s not that significant" of a number in the grand scheme of things.”
Hill says the extra money belongs to the Raiders. “From the public standpoint, we committed $750 million to the project regardless of what the ultimate budget was. So, the Raiders took the risk of the construction, and if it came in under budget they get the benefit of that.”
Stadium Authority Board member, and former Las Vegas mayor and Caesars executive Jan Jones-Blackhurst says completion of Allegiant Stadium on time and under budget is a testament to the city. “It was built on time, under budget, and to put that into a little bit of perspective,” said Jones, “Sofi stadium built in Los Angeles was $2 billion over budget.”
Jones-Blackhurst says she’s seen stadiums all over the U.S., and none compare. “We do big. We have a history of building it, and we accomplished the same thing with Raider Stadium, even in the midst of COVID.”
And when the pandemic finally ends, Steve Hill believes Allegiant Stadium will be a catalyst to the economic recovery of Las Vegas. “I do feel strongly that the stadium is going to be a big part of the recovery of Las Vegas. Having the ability to bring 65,000 people to that stadium on a very regular basis where we didn’t have that capacity before, we couldn’t put on those kinds of events. It’s going to play a big role in bringing Vegas back,” Hill said. 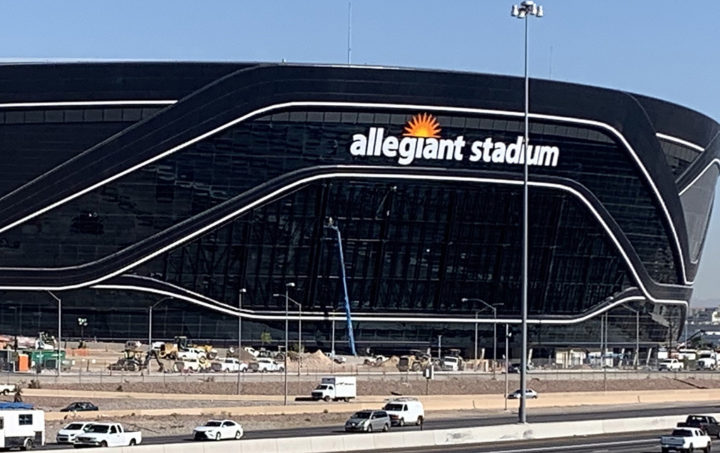 Hill said he’s excited to think ahead into the not-too-distant future, post-pandemic, when fans can be packed into Allegiant Stadium shoulder to shoulder for a Raiders game or a major event, “because it will also signal that this pandemic is behind us.” He added, “The emotional lift that I think it will bring to the entire community, when we are able to get back together like that, and get back together with the excitement of a big crowd which is so much of what Las Vegas is about, I think will be kind of a watershed moment.”
SUMMARY:  Las Vegas committed $750 million of taxpayer dollars for Allegiant  Stadium, the second most expensive US Stadium  / Steve Hill in his interview references  Sofi Stadium, the most expensive US Stadium, was delayed by weather causing it to come in  way over budget.   Sofi Stadium was privately financed and cost no tax payer dollars. /  The Raiders are receiving  a $25  million windfall while the County is struggling to meet the Bond Payments....