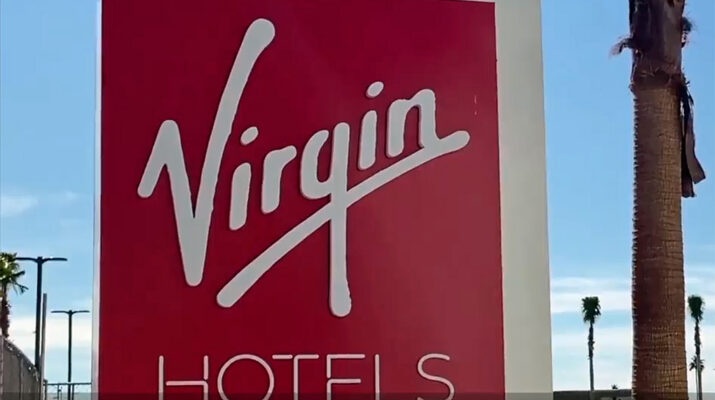 The VIRGIN HOTELS Las Vegas is now set to OPEN. Twice delays in the opening plans were caused as a result of COVID.
VIRGIN HOTELS Las Vegas plans to open the doors of the renovated resort-casino is set to go live March 25. The off-Strip property had been scheduled to open in fall 2020 but continued to push back plans after the pandemic caused las Vegas tourism rates to plummet. This opening will be inline with the start of easing of the COVID restrictions in place for almost a year. 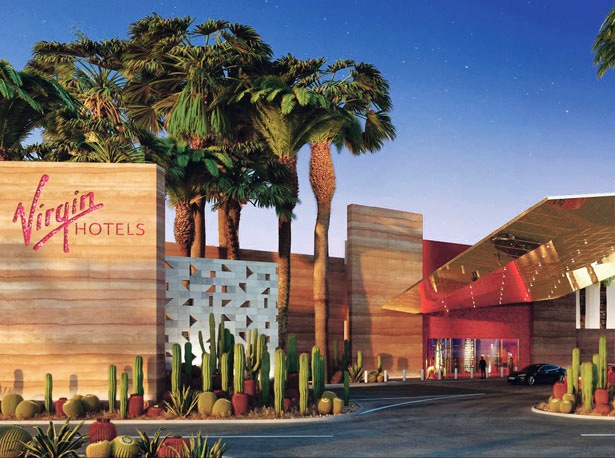 “It has been a journey, but to finally reach this milestone and confidently announce our opening date would not be possible without our incredible partners and construction team,” said Richard “Boz” Bosworth, president and CEO of JC Hospitality, which owns VIRGIN HOTELS Las Vegas. “Today we are not only celebrating the fact that we finally get to welcome back guests to the most exciting resort to open in Las Vegas in years, but we also get to bring our team members back to work.”
The VIRGIN HOTELS site had been home to the HARD ROCK HOTEL prior to February 2020, when the $200 million makeover began. VIRGIN HOTELS had said it expected to bring back about 300 former HARD ROCK employees affiliated with Culinary Workers Union Local 226, Bartenders Union Local 165 and the International Union of Engineers Local 151. 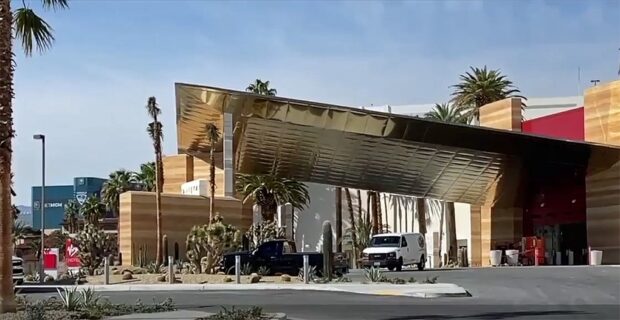 The reimagined resort, part of the Curio Collection by Hilton, will have three hotel towers with more than 1,500 rooms, a 5-acre pool and entertainment complex, a 4,500-capacity theater and a showroom that can accommodate 650 guests.
Its 60,000-square-foot Casino will be operated by Connecticut-based Mohegan Gaming & Entertainment, making it the first tribally operated Casino in the Las Vegas resort corridor.
There will be 12 food and beverage venues, including One Steakhouse from brother David and Michael Morton, Nobu, Casa Calavera from Hakkasan Group, and Pizza Forte by local restaurateurs the Ferraro Family. 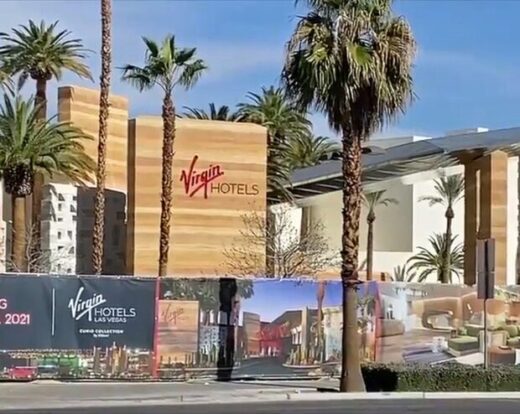